At the end of this episode, Corey and Todd share they are taking a hiatus from a weekly podcast for the summer and discuss getting more active off the air with researchists previously discussed.

Corey explains a recent FAA ruling on drone flights and how it illustrates Article IV citizenry. Corey and Todd touch on the Middle East and review Scott Horton’s assertion that Obama ushered in open market slave trading in Libya. Whose talking about it?  What about all the deal making going on in Saudi Arabia? What is the real score in the Gulf region? Is there really enough energy trapped in ice in the Antartica to dwarf the rest of the world’s supply?  Listener tries to fill a school board seat in Illinois and has a good idea on next steps when not appointed. Does TIME magazine have a short memory when it comes to US interference in Russian elections?

Saudis and Terror Not Going Unnoticed

“…to not only destroy ISIS but destroy the ideologies that, the Saudis, while being our allies are also the primary cancer of radical islam globally.”

RESCUING BORIS: THE SECRET STORY OF HOW FOUR U.S. ADVISERS USED POLLS, FOCUS GROUPS, NEGATIVE ADS AND ALL THE OTHER TECHNIQUES OF AMERICAN CAMPAIGNING TO HELP BORIS YELTSIN WIN 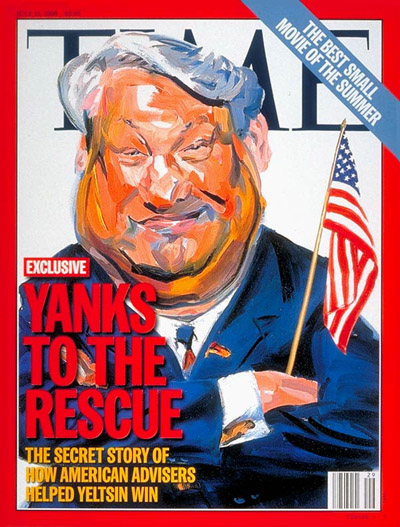 Dresner had another connection that would prove useful later on. In the late 1970s and early ’80s, he had joined with Dick Morris to help Bill Clinton get elected Governor of Arkansas. As Clinton’s current political guru, Morris became the middleman on those few occasions when the Americans sought the Administration’s help in Yeltsin’s re-election drive. So while Clinton was uninvolved with Yeltsin’s recruitment of the American advisers, the Administration knew of their existence–and although Dresner denies dealing with Morris, three other sources have told Time that on at least two occasions the team’s contacts with Morris were “helpful.”

Strategy to Make a Difference? Go to the School Board Training!

I have warned readers many times that guided speculation is a sophisticated strategy to manipulate viewers and push us into predetermined conclusions. The Obama administration called it “nudging.” Cass Sunstein, the administrator of the White House Office of Information & Regulatory Affairs (RCReader.com/y/nudge1) from 2009 to 2012, co-authored a book on the subject titled Nudge, and its precepts were implemented throughout the executive branch, via executive order, to effect greater acceptance by the public of President Barack Obama’s policies and programs (RCReader.com/y/nudge2). It is doubtful the new Trump administration will disband this inter-agency behavior-modification department. The question should be: Toward what desired outcomes is the public being nudged now?